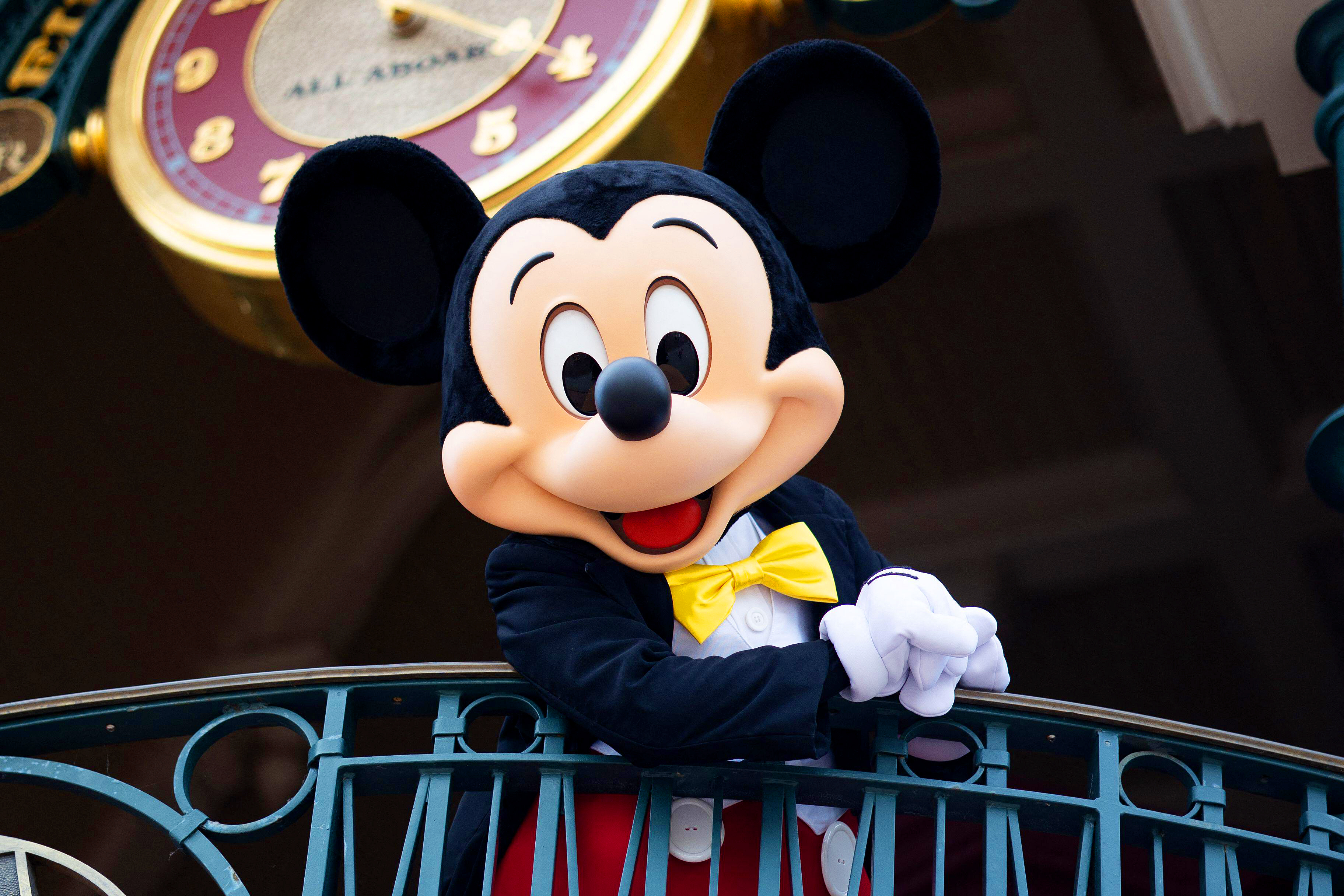 How to save money at Disneyland Paris

Disneyland Paris might be a dream trip for the kids, but it can be a nightmare for your wallet. It’s not just the price of tickets that’ll set you back. It’s also the cost of on-site food, souvenirs and attractions. Is it possible to have a budget-friendly trip to Disneyland Paris?

If you’re thinking of going, but have no idea what to expect, then bear in mind the Paris park is on a much smaller scale than its Florida cousins. It’s split into two Disney theme parks — the original Disneyland Park, with 40 attractions; and Walt Disney Studios Park, which has 11 attractions. There’s also the free Disney Village entertainment complex, with a 15-screen cinema, 15 restaurants, nine shops and a concert area.

How long you spend visiting Disneyland Paris will also affect how much cash you spend. You can save a lot on tickets, food and hotels by making it a day trip, but most people prefer to visit over two days. If you have the choice, it’s always best to avoid going in the school holidays. But whether you’re visiting in peak summer season or in the depths of winter, these money-saving tips should help you and your family make the most of your trip to Disneyland Paris on a budget.

All products and brands mentioned in this article are selected by our writers and editors based on first-hand experience or customer feedback. We feature properties from a specially selected list of trusted operators who are of a standard that we believe our readers expect. This article contains links which are ads and if you click on a link and buy a product we will earn revenue. These links are signposted with an asterisk. The revenue generated will help us to support the content of this website and to continue to invest in our award-winning journalism.

Never buy undated park tickets, which are €105/£94 for one park or €130/£116 for both. They cost up to 40 per cent more than dated tickets, and you can change the date of your tickets up to three days before arrival. Even if you want to give Disneyland Paris tickets to someone as a gift, it’s a no-brainer to just pick a date in the future for the ticket, then let them change it to whatever they like.

Buying from the official Disneyland Paris website is safest, but authorised ticket sellers offer the same dates at discounts — sometimes up to 20 per cent less. But be warned — they also sometimes sell them at more, so always check the official Disneyland Paris ticket site before buying from a reseller. Unfortunately, Disney doesn’t list its authorised resellers, so check Trustpilot and similar sites before handing over your credit card details — and, as always, never pay by bank transfer.

3. Do the day-trip ticket trick

If you’re only going for a day, you’ll save £20 or more by getting a ticket for the original Disneyland Park only. Even with an early start and late finish, you won’t even have time to see all of Disneyland Park, let alone the few rides and sites at Walt Disney Studios. But the maths changes as soon as you look at a two-day trip. Two-day tickets for both parks, even if you only plan to visit one park each day, are cheaper than two separate single-park tickets.

4. Check if you’re eligible for discounts

Before hitting “buy”, check if any members of your group are registered disabled or are in the military. Both are eligible for discounted tickets of at least 25 per cent — plus one person accompanying a disabled guest can get the same discount.

5. Use the Disney annual pass hack

Even if you don’t think of yourself as a die-hard fan, the annual pass can be good value if you’re planning to visit for four days or more — whether in one trip or over multiple visits — but also if you’ll need on-site car parking and can use some of the other perks, such as discounts for family and friends. There’s no set rule, because it depends on the prices of the entry tickets on the day of your visit, and these vary greatly throughout the year.

But check the “validity period” — the cheapest annual pass starts at €229 (£195), but doesn’t give you access during peak periods, so if you’re tied to the school holidays, you’ll need the pricier options, which start from €319 (£272). But as peak-season pre-booked four-day tickets are often around the same price — or more — it can still be a money-saver.

Chances are you’ll be lured into making some impulse purchases in the park, especially if you’re going with children. Before you go, set a maximum budget for souvenirs, and limit the number and size of items you buy so that you don’t end up having to buy an extra bag and pay for additional luggage on the return trip to hold your Elsa Costume Boots, Lion King Cushion and Lego Home Alone set.

If you have one of the top three tiers of annual pass, you’ll also get a discount of 10-20 per cent in most park shops, so that’s worth factoring into the maths when you’re working out if the annual pass is worth it. And there’s free on-site wi-fi at Disneyland Paris, so before you make any of the pricier or bulky purchases in the shops, it’s well worth doing a quick check online to see if it’s cheaper to order the item online and have it delivered to your door at home, saving you money and the cost and hassle of transport.

7. Stay outside the park

Staying on-site in one of the Disney hotels or a partner hotel comes at a premium. The perks include an extra hour to explore the park before everyone else arrives and less travel time, but you’ll pay 30-70 per cent more for that privilege than if you stayed elsewhere.

If you’re looking at saving money, choose one of the hotels and campsites a little outside the park area. It’s difficult to compare prices directly since Disney only sells hotels as part of whole-trip packages on its site. But in most cases, going just one RER train stop away can save you £100 – and often much more – on a bed for the night. The train ticket from nearby hotels to the park will cost less than £5, or from Paris less than a tenner.

If you don’t mind paying a premium to stay on site, then it’s worth taking a look at the official Disneyland Paris package deals page. These are rarely great value for those on a budget, but they do sometimes come with perks, such as free experiences or early entry to the park, that can make it worth it for mega-fans.

How can I get to Disneyland Paris?

If you’re flying, the official Disneyland Paris Magical shuttle from Charles de Gaulle Airport will cost you around £22 for adults and £9 for kids (free for babies up to age two). Those driving over will pay £28 a day for on-site parking, although this is included in the top tiers of the Disneyland Paris Annual pass.

Factor the total cost into your travel pricing when you’re trying to decide how to get there. Often, that cheap flight from Manchester or driving from Surrey — add in tolls, petrol, ferry and parking — can cost more than getting the train to London, then hopping on the Eurostar.

What should I eat?

Good news — Disneyland Paris lets you bring your own food and drink into the park. And it’s just as well since the on-site prices for food and drink can sometimes take the Mickey.

In even the cheapest on-site self-service restaurants and kiosks, you’ll pay £7 or more for a sandwich and £3 for a 50cl bottle of water. Plump for a table-service meal and you’ll shell out from £20 for a kids’ meal and £30-40 for an adult.

At a minimum, bring your own drink in a water bottle, then refill it from the water fountains or bathroom taps. Exploring the parks is thirsty work. Carry a little bottle of squash in your backpack if your kids don’t like the taste of tap.

Bringing your own lunch, drinks and snacks will save you a packet, but don’t forget about dinner. Do yourself a favour and browse their menus online in advance so you know which is the best-value option.

Or pack your dinner, too. If you don’t want to carry it all day, you can pay around £6 to leave a small bag at the Guest Services desk when at the entrance to both parks — still a huge saving on the price of a cheeseburger (from £15).

Should I buy the PhotoPass?

Unless you’re a die-hard Disney fan and want lots of professional photos of your group on the rides and with the characters, then PhotoPass+, which costs around £70, isn’t worth it. You are allowed to take pics yourself anywhere you like in the park, including with Elsa, Minnie, Buzz Lightyear and the rest of the Disney characters you’ll meet.

If you just want a single official shot, pick up the free PhotoPass (minus the ‘plus’) as you enter the park. You’ll get all the same pictures taken as you would with PhotoPass+, but you must choose and buy each one you like for around £13 at the end of the day.

Inspired to visit Disneyland Paris but yet to book your trip? Here are the best packages from TUI Holidays* and Magic Breaks* or you can also purchase great value tickets only from Attraction Tickets*