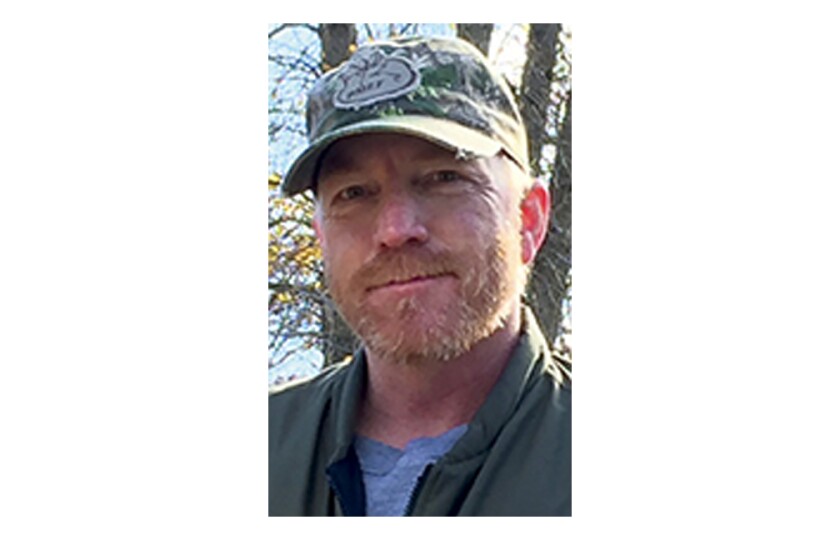 BLANE KLEMEK OUTDOORS: An epic adventure none of us will

Seven of us recently spent 11 days and 10 nights canoeing, camping, and fishing deep in the wilderness of the nearly 6,000 square-mile/four million-acre

of southwest Alaska. It was an epic adventure that none of us will ever forget.

The logistics of the trip were tricky and made possible by boarding progressively smaller aircraft in smaller cities to eventually arrive at the park’s Brooks Camp.

First, a flight from Minneapolis to Anchorage and Anchorage to King Salmon via Alaska Airlines, followed by a short flight via Katmai Air aboard a turbo, twin-prop Otter floatplane to the park.

Katmai National Park and Preserve is known to harbor one of the highest population densities of brown bears on the planet. It’s estimated that 2,200 to 2,500 coastal brown bears call the park home.

These giant bears flourish in this environment primarily for the annual abundance of salmon, but also because of the wealth of bear habitat replete with other natural foods.

Indeed, before our over 100-mile paddle deep in the wilderness concluded, we had encountered and observed over 70 brown bears — some of which ambled just feet from our tents.

We began our journey on the 235 square-mile Naknek Lake on July 6. The Brooks River flows into the lake near Brooks Camp and Brooks Lodge where we rented the canoes. The world-renowned Brooks Falls, about a half-mile upstream from Brooks Lodge, is where people view brown bears congregated at the waterfalls fishing for salmon.

Weather permitting, float planes and tour boats deliver scores of wildlife enthusiasts to Brooks Camp to either stay at various camping facilities available at the camp or they arrive for day trips to view and photograph wild bears from the safety of a viewing platform.

But in the wilderness where we were, it was a much different story. Bears there are not as acclimated to people as bears occurring near Brooks Camp, Brooks River and Brooks Falls.

The beauty of Alaska and its near limitless splendor is almost impossible to describe. And though our trip was long, in the end, it wasn’t long enough. This land, the Land of the Midnight Sun, did not disappoint in any way.

We fished, we canoed tremendous distances, and we battled insects and wind and rain, yet nothing that the wilds of Alaska could dish out deterred our enjoyment and gratitude.

Our trip in Katmai began at roughly 90 feet above sea level (ASL). Rugged, snow-capped mountain peaks that topped out at over 7,000 feet ASL, volcanoes and glaciers, surrounded us as we paddled throughout the wilderness. The park occupies the Pacific Ocean side of the

which is located opposite

Aside from the noteworthy brown bear population, Katmai is also known as the

This valley was so named because of the largest volcanic eruption (in volume) of the 20th century (1912).

Evidence of this event that occurred 110 years ago was omnipresent wherever we canoed, explored and camped — pumice stone, some the size of volleyballs, floated on the lakes and rivers we canoed and camped near. The sight of floating rock was surreal.

Flora and fauna, though mostly familiar to me, did present surprises. Some species of wild birds, for example, I had never observed before this trip — Arctic tern, glaucous-winged gull and short-billed gull and white-winged scoter, to name some, while others were recognizable avian friends from Minnesota — American robin, hermit thrush, greater yellowlegs and others.

The species of trees surprised me, especially that there weren’t more conifers, notably pines. In fact, I observed no pine trees. The dominant deciduous trees and shrubs throughout the part of Katmai we explored were balsam poplar, paper birch and alder.

White spruce trees were sprinkled about on the mostly deciduous forested mountain slopes and riparian ridges. Balsam poplar, also known as balm of Gilead, were a phenotype unfamiliar to me here at home. Some specimens were cottonwood-like in appearance and grew to great heights and girth with thick, corrugated bark.

In the coming columns I will write more about our Alaska adventure. I’ll touch on some of the challenges and about the outstanding fishing, as well as writing more about bears and other species of wildlife.

Moreover, you can count on reading a little about some of the humor that went along with seven men living together in tight quarters on a wilderness trek. This and more, as we get out and enjoy the great outdoors.

Blane Klemek is a Minnesota DNR wildlife manager. He can be reached at